On becoming a nearly-senior citizen 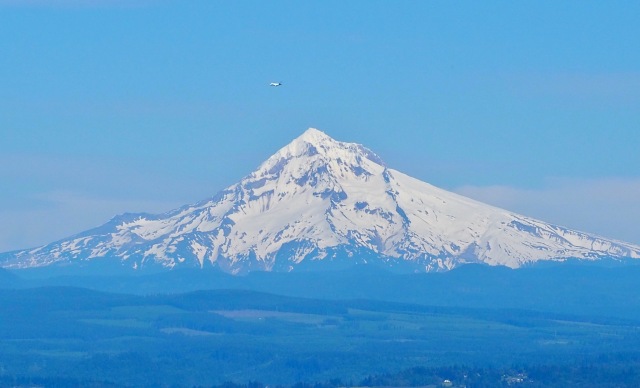 Today I turn 62. A birthday is a moment for reflection, especially when on this one the government asks, “Would you like a smaller pension now, or a bigger pension later?” And I mull: How much longer is Social Security – and this civilization – going to be here for me?

2020 has been interesting, and it’s only the summer solstice. The shocks are accelerating: COVID, economic collapse, George Floyd. I’m confident that more shocks will arrive before November 3, and after. We appear on the verge of a coming-apart socially and politically that is the result of our choices: the decline of education and the willingness to engage in the slog of self-government; a corrupt campaign-finance system in which officials bow to the private interests they are charged with overseeing; and a ruling political party bent on depriving its perceived opponents of representation. We don’t even have the discipline to deal with a pandemic when we know how to suppress it. All that’s bad enough, but these are temporary problems. The critical one we ignore.

The nature of capitalism is in the expression of the urge to exploit. Exploiting people is not an existential problem, as there have always been more people, and outside our tribes we don’t care about them. (The federal government gives pennies for social welfare and foreign aid.) But exploiting the shrinking natural resources of the planet, and showing zero inclination to reverse course, sets us up for a cataclysm. Soon.

Because of our optimism and awareness of a few thousand years of scientific progress, we assume we’ll devise solutions to forestall disaster. But climate change is only the consequence of our addiction to more. Whether we have a lengthy Soylent Green or Blade Runner or 12 Monkeys, who knows. The science is: We are about to have a die-off from the change already baked in. When author Dahr Jamail came to Powell’s Books to read from The End of Ice, I asked him: What did his source-scientists estimate to be the earth’s sustainable population? They wouldn’t say, but his own is about 1 billion people. (The planet will survive, and Mother Nature won’t skip a beat.)

Two birthdays ago, I traded the nation’s capital for Portland, Oregon, to escape the political pool in which I had swum since childhood for the beauty and the vibe of the Pacific Northwest. Of course, I’m still political, I just left the Majors for Triple A, where leaders as a whole also have their heads in the sand. Oregon’s problems are different. I sense a scarcity mentality, perhaps stemming from its frontier-extractive heritage, now depleted. D.C.’s mentality is ambition to suck at the always-flowing teat of the federal government. But Oregon too has its teat: big business depletes the state’s natural resources – timber and water – and pays nothing for the privilege, thanks to an immobile legislature.

That’s American capitalism: privatized profits and socialized costs. In the case of ancient forests, converting them into plantations unleashes consequences we understand: the destruction of the ecosystems on which all life depends.

That California and Washington have better environmental regulations and tax laws to hold the rape of the land in check is beside the point. None of these practices is sustainable. Half the world’s forests have been destroyed since Wisconsin’s were mowed down to build Chicago, a nanosecond in the planet’s timeline. By the end of the century, at least half of what remains will be erased. Look at satellite images of the Northwest, or the Amazon, or Indonesia, or Siberia.

Though I’m disturbed by what we the people have manifest in Donald Trump the personality, which pumps enthusiasm or disgust, he doesn’t matter. Yes, he is the Great Accelerator, pushing us toward the environmental edge. But we’ve known we were headed there for 40 years, and we’ve elected one government after another that either did nothing or nibbled at the edges.

Here in Oregon, Republican legislators have walked out of the Capitol the last two years to prevent ruling Democrats from obtaining the simple majority required to pass a modest cap-and-trade bill. Their constituents, who rely on either extraction or government subsidies, think climate change is somebody else’s problem.

Mt. Hood, 49 miles from my neighborhood, is still covered in snow year-round. I would be fortunate to have it be among my final views.

Meanwhile, I’m uncertain what to do about my pension option, though as part of the richest generation in world history – the (white) American boomers – the question is academic. But I’m under no illusion that our stewardship of this blue marble will work out well for my 20-something children.

5 Responses to On becoming a nearly-senior citizen