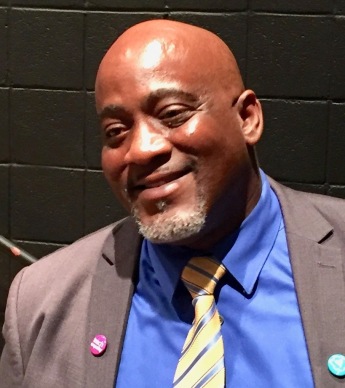 Last November Florida voters amended the state constitution, automatically restoring voting rights to ex-felons who had completed “all terms of sentence including parole or probation.”

The amendment was expected to affect more than 1.4 million Floridians, but the newly elected governor, Ron DeSantis, and GOP legislature quickly narrowed its application. In June a new law defined “all terms of sentence” to include any fines, court costs or other restitution listed within the “four corners” of the sentencing document. Witnesses before the legislature testified that the state has no system for tracking these “Listed Financial Obligations” (LFOs) under SB 7066. But an ex-felon who knowingly or unknowingly registers without fulfilling “all terms” may be charged with a felony. Catch 22.

Amendment 4, approved by 65 percent of 8 million votes cast, overturned the constitution’s 1868 provision that denied the franchise to ex-felons for life. Governors Jeb Bush and Charlie Crist liberalized clemency rules. But their successor Rick Scott, who took office in 2011, rolled back the reforms. Under his rule, ex-felons were required to wait five years after completion of their sentences to apply, their application granted – or not – at the governor’s discretion. In eight years, Scott restored voting rights to 2,000 ex-felons. (I wrote about Scott in 2015, in a review of the history of Jim Crow disenfranchisement that GOP legislatures resurrected in this decade.)

Desmond Meade is an ex-felon, though not one of the 2,000 whose rights Scott restored. Released from prison in 2005, an active alcohol and drug addict with no prospects who contemplated suicide next to a train track, Meade instead checked himself into rehab. After that he completed paralegal training, college and law school. But as an ex-felon, he couldn’t take the bar exam.

I met Desmond last year in New Orleans at the UnRig Summit, a national conference of non-partisan grassroots political activists focused on democratic aspirations: voting rights, redistricting reform and eliminating corruption. Two months later I talked to him at a political conference in Virginia (photo above right), where he discussed his biography. He is among the most magnetic political leaders I’ve encountered. In April Time magazine named him among 100 Influential Americans. So I was excited that he came to Portland this week for a conversation sponsored by Oregon Humanities (above left).

What got his attention, Meade told a diverse audience, was Scott’s rollback of the Crist and Bush reforms. That, and that he couldn’t vote for his wife Sheena, who was running for the Florida House. And so in 2011 he founded the Florida Rights Restoration Coalition, which initiated the amendment, submitted its wording to the state supreme court, and spent $1.4 million last year on the campaign.

Asked how he motivated disaffected black and brown people to fight for voting rights, Meade said, “We are the margin of error” – the difference between having no power and becoming a force the power structure would have to mind. That requires activating those who haven’t lost the right to vote. If he were to organize a march of all the disenfranchised people to the governor’s mansion in Tallahassee, “the governor can close the window, because we can’t vote.” But if the disenfranchised enroll their family members in the fight for voting rights, then politicians will be accountable, he said.

That remains his focus: taking the entire family to vote, which he will soon do for the first time, and continuing to engage citizens about the power of voting regardless of their political preferences. It’s about the right to participate.

(One of FRRC’s board members is Neal Volz, a former Republican congressional aide and lobbyist who in 2006 pleaded guilty to conspiracy to commit fraud and other charges in connection with the Jack Abramoff lobbying scandal.)

Though Meade believes no one should ever be disenfranchised, FRRC decided to exclude ex-felons guilty of murder and sexual crimes from the amendment petition – because polling determined it was necessary to win. “If I’ve got 100 people on a sinking ship and only 99 can fit in the lifeboat, let’s take 99 and then come back for the one.”

In the last round of focus groups before the 2018 election, FRRC brought in conservative Republicans and Trump supporters and showed them videos claiming that if Democrats won the election, they would enact abhorrent policies. Meade said the focus groups were unmoved, because their intent was on restoring the franchise to family members. “Blood is thicker than interests. Love is more important than candidates.”

Meanwhile, the legal fight over SB 7066 rages. A coalition of groups – the ACLU, NAACP, Brennan Center and others – sued Florida in federal court in June. Jones v. DeSantis is the consolidated case in which the plaintiffs seeks the law’s invalidation. They contend that SB 7066:

The state’s motion to dismiss was denied. U.S. District Court Judge Robert Hinkle’s ruling on the plaintiff’s motion for a preliminary injunction is pending after a two-day hearing October 7-8; Hinkle has scheduled trial for April 2020.

FRRC submitted an amicus brief September 27 in which it took neither side. It argues that whatever the court decides, it should leave intact the provisions of SB 7066 that allow courts to modify financial obligations so that poor citizens may vote. “FRRC has conferred with a total of ten counties to date about using the modification and four-corners provisions, and conducted calls with myriad judges, state attorneys, public defenders, clerks of court, and other stakeholders about using these provisions.”

Meade said FRRC was aware when it wrote the ballot measure that the state could try to enforce collection of fines and other financial penalties. He told the Portland audience, “If I break the window of your car and steal your I-pad, and I have my rights restored while you haven’t been repaid for your losses, that’s not restorative justice.”

1 Response to Desmond Meade: Restoring the franchise – and justice